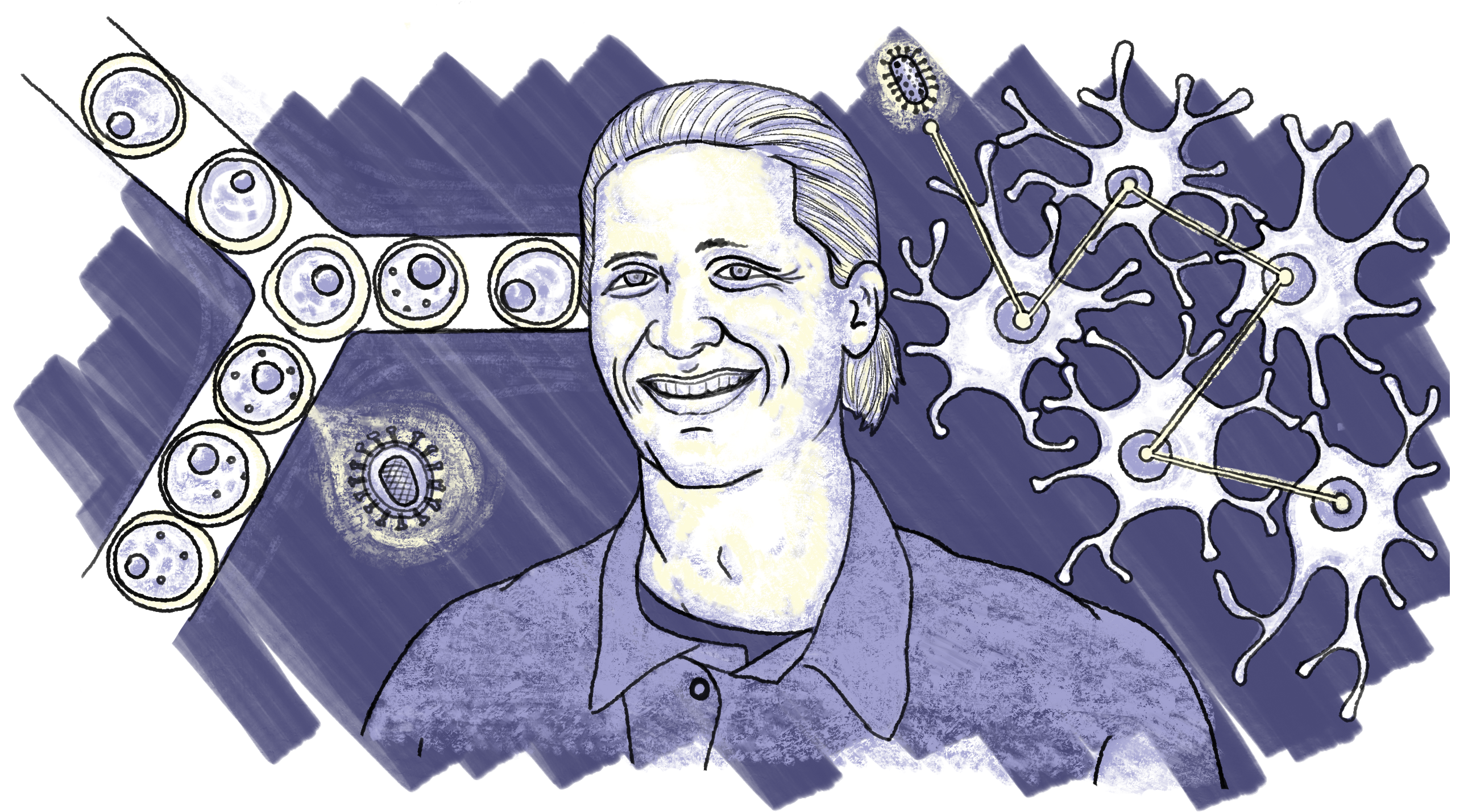 Iain Clark, professor of Bioengineering at UC Berkeley, studies HIV cells and cell communication—but that was hardly a predetermined outcome. After graduating from Cornell University with a bioengineering degree, Clark joined the Peace Corps to research soil conservation in Paraguay, earned a masters working on biological systems that convert food waste into fuel sources, investigated bacteria that break down rocket fuel as a PhD student at UC Berkeley, and spent time as a postdoc at UC San Francisco developing genomic sequencing technology. While each step furthered his development into a resourceful researcher, Clark gives most of the credit to his time working in a remote location in Paraguay: “You can’t go to a hardware store and get what you need. It’s 10 miles by bus—it takes a day and a half or something. [You have to] solve problems in the most creative ways.”

Now, as a new faculty member, he leverages his creativity to work on two threads of research. The first involves developing a device that sorts and identifies HIV-positive cells. Unlike cells in other diseases, HIV-positive cells have no known surface markers, making them tough to identify and treat. With Clark’s new approach, he can miniaturize biological reactions and quickly sort millions of cells, saving time and resources. Using this methodology, Clark hopes that infected cells may be more easily identified and, ultimately, treated.

Clark also examines on how cells communicate in the nervous system. His lab has developed an ingenious approach involving the rabies virus, which leaves known genetic barcodes when it passes between two interacting cells. Tracing these barcodes through cell networks gives fine-resolution insight into how cells are connected and share information.

Going forward, Clark plans to keep developing novel tools, confident that his research has transformative potential. He traces his confidence back to his time spent in Paraguay: “I sort of carry that with me now, that can-do attitude … I feel like I can build whatever and I’m not intimidated by challenges.”

Caleb Rux is a graduate student in bioengineering.