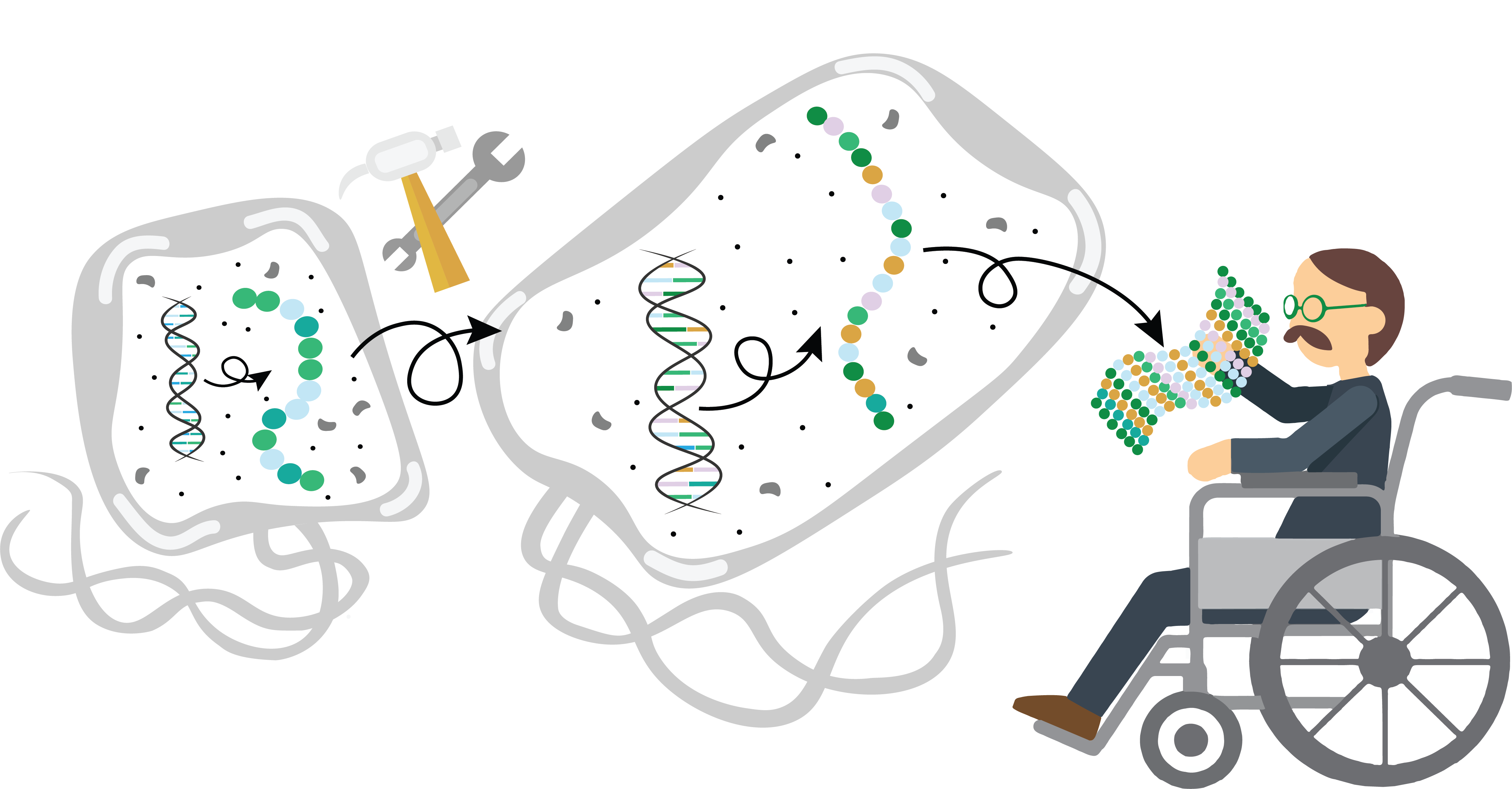 Many of the therapeutics we use to treat disease are not made by human hands, but by bacteria. Introducing the genes for a protein of interest into bacteria like E. coli allows pharmaceutical companies to make large amounts of the protein, necessary for the development of therapeutics. This process, for example, is how we mass-produce insulin for the treatment of diabetes.

Living things make proteins exclusively from a standard set of 22 building blocks known as the canonical amino acids. However, scientists can incorporate noncanonical amino acids (ncAA) into proteins to produce more stable therapeutics with longer shelf lives. This process of incorporating ncAA—known as genetic code expansion—unfortunately causes E. coli to grow slowly, resulting in lower amounts of protein production than desired. As an alternative, UC Berkeley’s Professor Alanna Schepartz and graduate student Sebasthian Santiago have reported successful genetic code expansion in an alternative, fast growing bacteria: Vibrio natriegens. The Schepartz lab used a strain of these bacteria to incorporate ncAA into proteins and achieved 25 times greater protein production than E. coli in the same amount of time. Not only that, but V. natriegens also generated proteins with less mistakes than E. coli.

“Hopefully the work we describe will help others who are interested in experiments on proteins containing ncAA that require large amounts of materials,” says Professor Schepartz. More fundamental questions remain, such as why Vibrio is less prone to accidents than E. coli. “Exploring more of genetic engineering in Vibrio will open doors for more exciting discoveries in the field,” comments Santiago. Step aside E. coli, there’s a new chemist bacterium on the block!

Héctor Torres Vera is a graduate student in molecular and cell biology.