Out of the soil, into the atmosphere 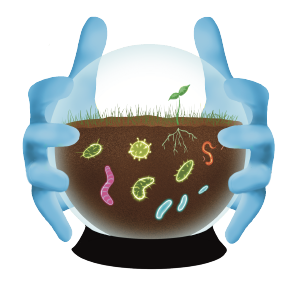 Like most climate scientists, Dr. Margaret Torn, adjunct professor in the Energy and Resources Group at UC Berkeley and senior scientist at Lawrence Berkeley National Lab, is concerned about the increasing amount of greenhouse gases in the atmosphere. But instead of just looking up into the sky, Torn is looking down at the ground to study what might come out of the soil as the planet warms.

As plants grow, they sequester carbon in the soil. Tiny microorganisms living in the soil use chemical reactions to break down organic matter, which releases greenhouse gases back into the atmosphere. Usually, plants sequester more carbon than microorganisms can eat, so there’s a storage of carbon in the soil. However, chemical reactions occur more quickly when more energy is available, so increasing soil temperatures may speed up the release of carbon dioxide back into the atmosphere.

To investigate this phenomena, Torn conducts soil warming experiments, in which scientists install large circular arrays of wire below ground to heat up the soil to specific temperatures. Torn’s experiments have previously spanned environments ranging from temperate ecosystems to the icy Arctic tundra. Right now, her group is launching a new soil warming experiment closer to home, in Point Reyes National Seashore. The ecosystem is representative of other grasslands around the world, which may become important sources of carbon dioxide.

Torn’s soil warming experiments provide a glimpse into the future to understand what ecosystems might look like under different climate conditions. Her experiments motivate action now to limit warming and prevent these greenhouse gases from being released from the soil.

Sophie Ruehr is a graduate student in ESPM